10. My Week – My boys have been in Science Camp all week. One of the days was, Explosion Day. Now I have to buy Diet Coke and Blue Mentos (must be that exact combination) so we can set off an explosion of diet coke in the backyard. I’m excited to see how high we can get it to go :)

9. I found this goodie at Paranormal Haven blog this past week. The cover for Fair Game, book three in Patricia Brigg’s Alpha & Omega series. Finally! Okay, we still have to wait until early February for the book to come out (no 2011 release) but at least we have a cover now! And blurb:

They say opposites attract. And in the case of werewolves Anna Latham and Charles Cornick, they mate. The son—and enforcer—of the leader of the North American werewolves, Charles is a dominant alpha, while Anna, an omega, has the rare ability to calm others of her kind.

Now that the werewolves have revealed themselves to humans, they can’t afford any bad publicity.  Infractions that could have been overlooked in the past must now be punished, and the strain of doing his father’s dirty work is taking its toll on Charles.  Nevertheless, Charles and Anna are sent to Boston when the FBI requests the pack’s help on a local serial killer case. They quickly realize that not only were the last two victims werewolves—all of them are.  Someone is targeting their kind. And their investigation has put Anna and Charles right in the killer’s sights.

Big thanks to Has for sending me the link!

I really enjoyed the first two books – Cry Wolf and Hunting Ground. Fair Game is due out February 7th.

8. Carolyn Crane announced that the third book in her Disillusionists series will be coming to audio first, before the E-Book is released this December. Audible.com has picked up the series and all three will be released in audio this October! Which means we get to “hear” Justine and Packard. Fact – I’ve never listened to a book. Another fact – I will DEFINITELY be getting the third book from audible. How can I not? I love this series. Can’t wait to hear it! ;)

7. I just finished The Amorous Education of Celia Seaton by Miranda Neville – It’s adorable and will have my review up at the end of July. Celia is not the only one to get an education though. I learned a new word. Let me see if you can guess what it means – a quote from the book:

She clutched his pintle, hard, feeling it twitch like a wild animal in her grasp.

The first definition I’ve found at most online dictionaries, is the pin to a rudder. Well, she is not clutching a rudder, but she is definitely steering something! Pintle is an Old English term for penis. I’ve never heard it used before. But after that quote, damn. I’m feeling the pintle might have a comeback. Does everyone feel smarter now? I’m happy to spread the peen knowledge around.

This book comes out July 26th.

6. Per Ellora’s Cave’s facebook page, Laurann Dohner has just signed a 75 book contract. Yes – 75 books. Sounds kind of crazy, right? No timeframe has been given but still – that is A LOT of books. I also noticed Ellora Cave says:

I’ve never read her but poked around on Goodreads. Maybe I’ll give one a try…

5. Cover Alert! Caught in the Act by Jill Sorenson. I recently read The Edge of Night and really liked it. I plan to read her backlist before this one comes out (Marcy 2012) 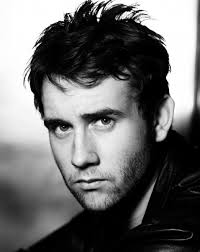 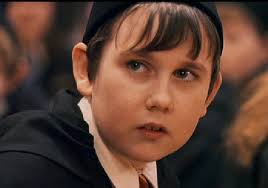 This is what I call a puberty thumbs up.

3. I’ve never watched Battlestar Galactica – BUT – if I had know this hottie (Jamie Bamber) was in it, I would have been all over it. I love this little scene. He is SO close to losing that towel. She almost reached out and shook something else. *dies*

1. This weekend we are taking the boys to an amusement park. And then Sunday we are seeing Harry Potter! My kids are so excited. I am too! Happy Friday!