10. Do you hear that sound? That is the glorious sound of my children in school. They’ve already brought home sore throat germs but that’s okay!  *pours more whiskey* 9. One of my favorite books is Tigers and Devils by Sean Kennedy. It’s just adorable and romantic and I lurve it so. I somehow missed two things – first of all, Tigers and Devils is being rereleased today with a few slight changes and a slightly revised ending (read more at his blog) AND!!! Sean Kennedy is writing a sequel, Tigerland *squeak* You can read the blurb at his site. Releases this October!

8. Ilona Andrews has released the cover for the Collector’s Edition of Magic Bites (book one in their Kate Daniels series) I believe it will be out in December. Love this series soooo much.  Link.

Also, you have until tomorrow to help name Kate #6. Go HERE!

7. I don’t think I’ve talked about the Special Forces series by Aleksandr Voinov at Smexy yet. Long ago when I was active at the JR Ward message boards, a lot of people talked about Special Forces. They were obsessed…but I never gave it a try…until a few weeks ago. Special Forces is a free read on his website (I saved the PDF file to my computer and sent it to my Kindle).  It follows Dan and Vadim, starting in 1980 Afghanistan. It is dark. The book starts with a very explicit rape (between the two main characters). But I’m telling you, it is sooooo good. SO GOOD. I can’t even explain it. It’s in three parts – Soldiers, Mercenaries and Veterans. It is thousands of pages, I think he said equivalent to 15 novels.  I’ve read all of Soldiers and I’ve just started Mercenaries. It’s killing me. No really. I have anxiety about the whole thing. For those that have read it, you know why. 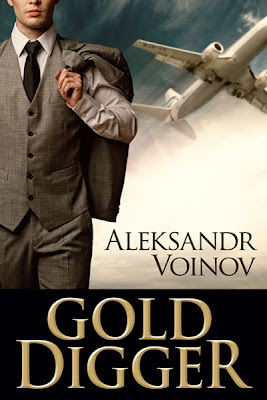 For those who know and love Vadim, Voinov is coming out with Gold Digger (out Sept 17), a novella about Vadim’s son. Excited. Read an excerpt here.

6. Apparently Prince Harry has gotten into a wee bit o’trouble over his Vegas Nakey pictures. His army bosses weren’t so thrilled with Harry’s naked bum. In response, a Facebook Page called, ‘Support Prince Harry with a Naked Salute’ has been started. OMG. Military Men and Women, posing in various nude forms.

May brought it to my attention with this article in the Mirror News. If you scroll down, there is a gallery. NAKEY MEN HIDING THEIR PEENS WITH GUNS…it’s kind of awesome.

5. Waffle flavored Vodka for breakfast. Popcorn flavored vodka for a snack.Wine for dinner – I need no other beverage! *wink*  Apparently National Waffle Day has come and gone (August 24) – but a Holiday Inn Express served waffles with the waffle vodka in their breakfast buffet.

You Holiday Inn Express, are awesome. (Thanks Kati for the link!)

4. There has been lots of LOLs regarding the reviews left at Amazon for BIC’s ‘For Her’ ink pens.  Tori highlights some of them at her blog today – and she is giving away a set of the pens. Funny stuff!!

the button below the display is gone, and the bezel has changed from light to very dark gray. The overall shape of the product and the location of the USB port and power switch appear to be essentially unchanged. From the images we have, it looks like Amazon will be touting the unit with "higher contrast, high resolution, integrated lighting, and eight weeks of battery life," even when using the light.

Oh I want. (Thanks Has for the link!)

2. I’ve mentioned the Lumberjack Erotica tumblr here before. I lurves it because it is full of big, burly, bearded men. And this Anson Mount Gif. RAWR.

But today, as I was going through my Google Reader catching up, this post from lumberjack erotica popped up <—– literally. Now I need to emphasize it is NSFW.  There is a peen involved. So don’t click on the link and then yell at me. *wink*  The NSFW Link.

Do lumberjacks need this out in the wild? Does it protect their peens from ‘skeeters??? Is it to correspond with the whole camping thing? CAN ANYONE EXPLAIN THIS? Also, can this be worked into a lumberjack romance book? PLEASE.

1. Well…is there anything left to say? LOL. It’s Friday y’all!! It’s a holiday weekend!! Maybe some of you will be going camping! *shifty eyes* Have a great weekend and read something smexy!